FREE SHIPPING For orders $25 or more within the USA

Once set, concrete fasteners, generally are not designed to be removed from concrete, brick or block without damaging the base material into which they have been set. If pulled on hard enough, the base material will fail, the anchor will become detached and there may be a hole in the concrete that is the shape of an upside down cone.

However, sometimes it is necessary to remove concrete anchors from base material. It is possible to remove both male and female type anchors if the proper steps are taken. It is also important to determine whether it is likely that the fixture and anchor will need to be removed before deciding which type of concrete anchor should be used in an application.

Tips and Tricks for Removal of Concrete Anchors from Base Material

Male Type Anchors
(anchors that protrude from the base material)

Tapcon® Concrete Screws: Tapcons are removable because they are threaded screws that tap threads into the concrete, brick or block. By simply turning the screw counter-clockwise, these concrete screws will thread its way out of the base material. The holding values of Tapcons will deteriorate if they are reinserted into the same hole. 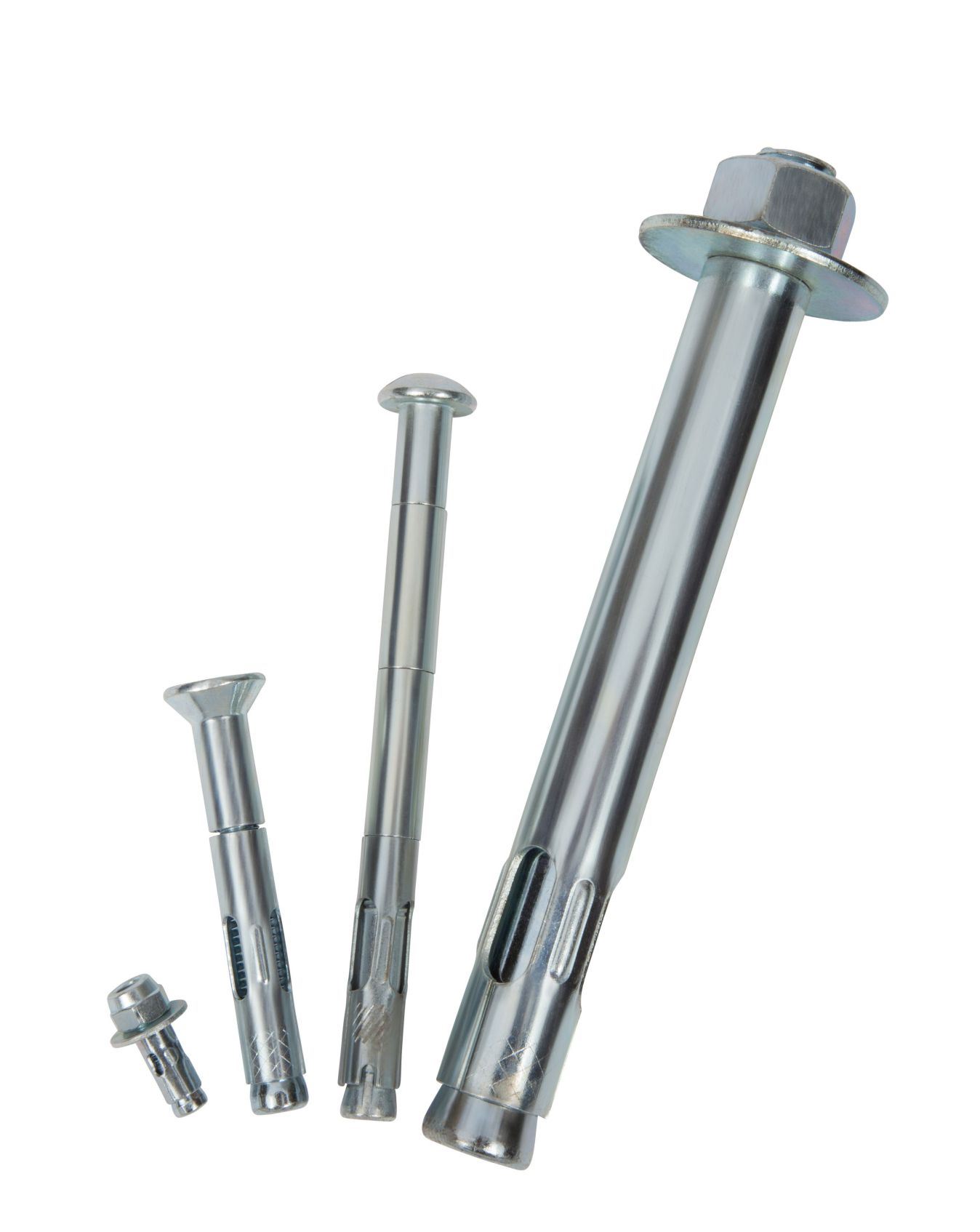 Strike Anchors: Strike anchors must be cut off using either a cutoff wheel or saw due to their design.

Drop in Anchors: Drop-in anchors are designed to be set into concrete with the use of a setting tool. Once set, the anchor cannot be removed without damaging the concrete. Once the bolt or threaded rod is removed from the drop in anchor, the anchor is not visible above the surface. The anchor can be patched over or just left in place.

Lag Shield Anchors: These anchors require the insertion of a lag screw that expands the lag shield anchor. Sometimes, simply removing the screw may reverse the expansion of the anchor. Or, the anchor can be removed simply by pulling it out of the hole. As with all female type anchors, the lag shield anchor can be left in the hole because it will not protrude above the surface.

Machine Screw Anchors: Machine screw anchors are set into the base material with the use of a setting tool. Once set, the anchor cannot be removed without damage to the base material. But, once the bolt and fixture are removed, there will be nothing visible above the surface.